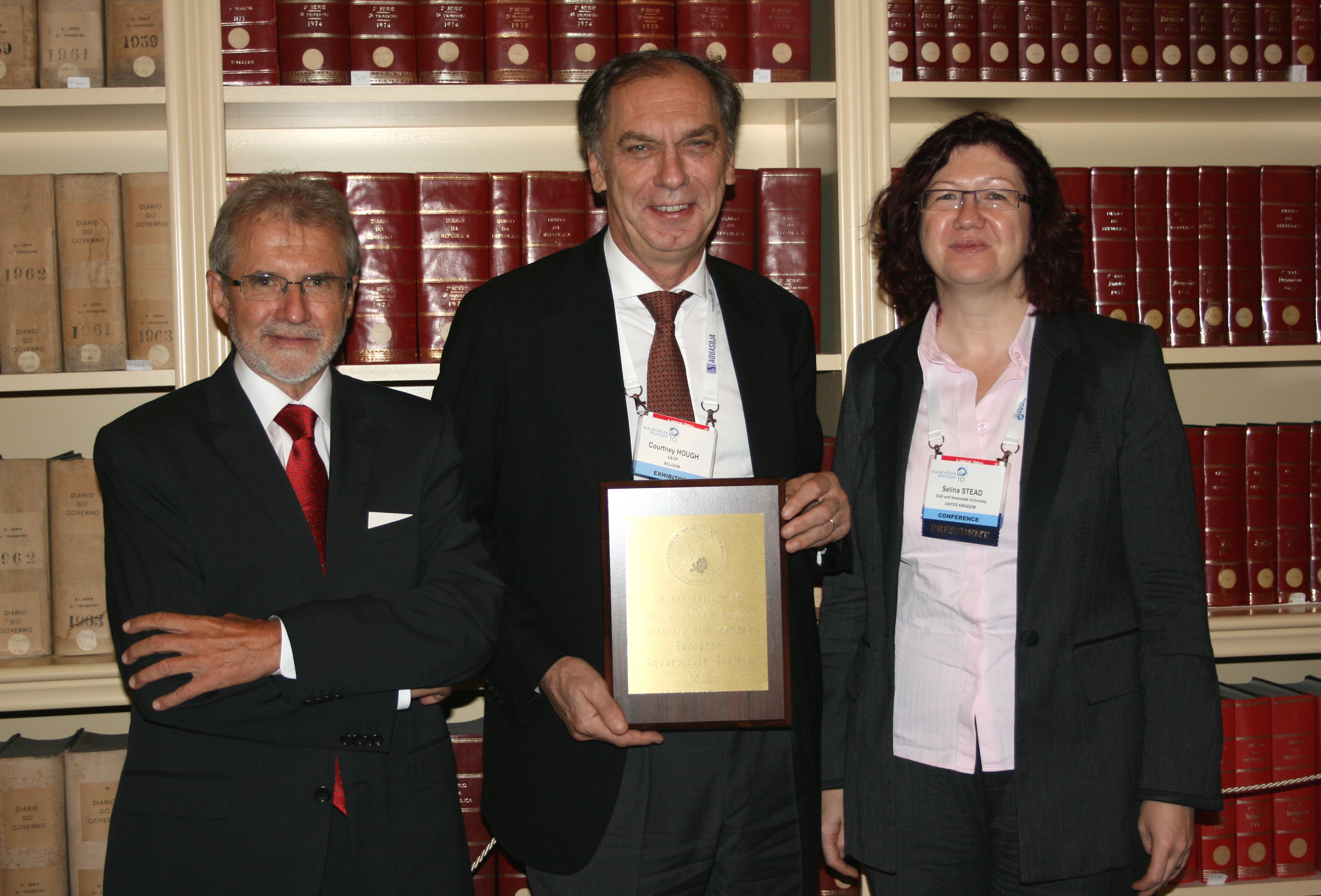 The award was presented by the EAS 2008-2010 President Selina Stead, who kept the audience waiting as long as possible before announcing the winner. Selina described Courtneys’ many contributions to European aquaculture, notably his role in the transformation of the Federation Européenne de Salmoniculture in 1994 to become the FEAP of today; his positioning of aquaculture in the European Commission Advisory Committee on Fisheries and Aquaculture; in encouraging the Commission to make the first aquaculture strategy in 2002 and his ongoing support of aquaculture issues to expert hearings to the Committee on Fisheries of the European Parliament.

In the mid 1990s – Patrick Lavens (EAS President at the time), Melanie Mercer (then Director of AquaTT) and Mario Pedini (FAO) identified with Courtney the need for dissemination and research and better communication with the sector. This led to the EU initiatives Aquaflow and then on to Profet, PRofet Policy and Aquainnova. Moving from dissemination to integrating best governance and policy development with research needs….

As Selina Stead pointed out, “Courtney has also been a long term supporter of EAS - through aquaculture dissemination projects that go back to AquaFlow in 1998 and continue today, 12 years later, with AquaInnova. He has always been a very strong advocate of multi-disciplinary research - especially that carried out for and with the industry sector. I don’t think that there is anyone in this room, or even outside it, that can dispute the fact that this indeed represents exceptional service to the development of the sector and in furthering EAS objectives”.

Judging from the appreciation showed by the audience, Courtney Hough was a deserving and popular awardee.